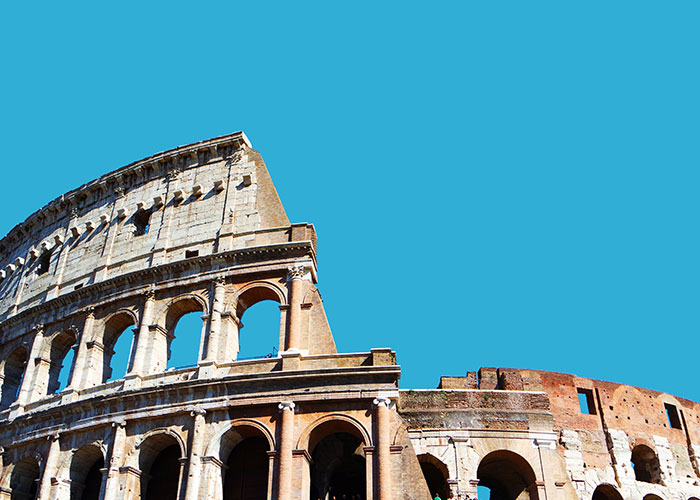 Rome is, of course, one of the most visited cities in the world. Known as the Eternal city, Rome is full of ancient ruins and fascinating history. Rome is the capital of Italy and one of the oldest inhabited cities in the world. Located in the Lazio region of central Italy, the city extends to the coast and Tyrrhenian Sea, where the southwestern district of Ostia is located.

Rome is home to the Vatican City – a city within a city containing St Peter’s Basilica, the Apostolic Palace and the Sistine Chapel. Less well known is the fact that the coast is only 15 miles away from the city centre, meaning that you can combine your city adventures with a few relaxing days on the beach.

Things to do while you’re camping in Rome

Yes, there are a wealth of historical sites in Rome but, if you’ve got kids, they’re not necessarily going to enjoy shuffling round them all! So, why not take a child friendly tour with Tapsy Tours? Over 3 hours they’ll take you on a whistle stop trip round the main sites, such as St Peter’s Basilica, the Forum and Circus Maximus in a luxury van before skipping the queues at the Colosseum, where your guide will keep everyone entertained with stories of the people of Ancient Rome.

Whilst most museums in Rome aren’t geared towards children, Explora is the exception to the rule. This customised museum is specifically for kids, with loads of interactive exhibits. There’s also a fantastic pizzeria on site! Rome is also full of beautiful parks, of which the biggest and grandest is Villa Borghese. There’s loads to do in the park – you can visit the zoo, hire bikes or a rowboat to potter round the small lake or stop in at Casina di Raffaello where there are indoor and outdoor play areas for the kids.

Many people don’t realise how close Rome is to the sea and there are plenty of lovely beaches to explore. Do remember that some beaches charge for entry, so look for the public areas if you want to avoid costs. Some beaches to check out include Santa Marinella, Ostia, Fregene and Ladispoli.

As an alternative to the beach, you could visit one of the water parks located near Rome. Hydromania includes a large wave pool, plunge slides and a separate area for kids with 2 lagoon pools fitted with games, slides and waterfalls. Or take a trip to Luneur Park, Italy’s oldest theme park, which features 25 attractions geared towards children under 13.

Getting to Rome for camping

Fly to Rome with a variety of airlines including EasyJet, Monarch and Ryanair.

Camping Fabulous is set between the city of Rome and the coast at Ostia in Lazio's national park. The site has a wonderful pool complex with two swimming pools, a water slide, children's pool and jacuzzi. There's an excellent entertainment programme during high season including sports competitions, campsite shows and live music. There's a beautiful sandy beach just a short drive away and Rome is easily accessible by public transport.

Eurocamp
View campsite
Don't miss out on a discount
Thank you! Your submission has been received!
Oops! Something went wrong while submitting the form.