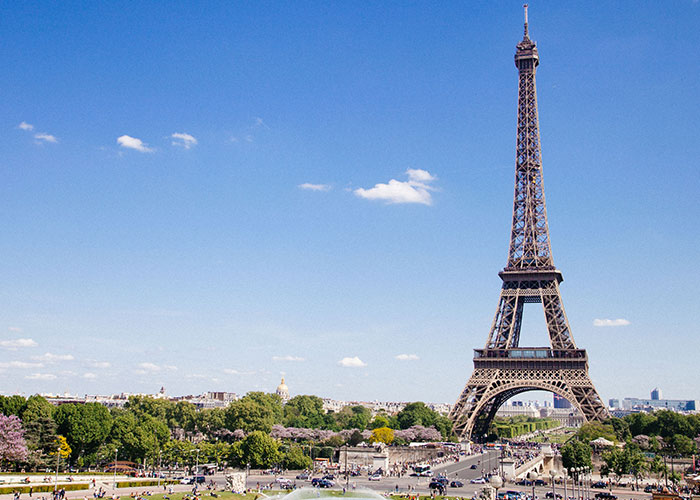 Île-de-France, also known as the region parisienne (Paris region), is the most populated French region with almost 2.4 million people in Paris and 11.8 million in the whole region. At the centre of the region is France’s capital city, Paris. Built on an arc of the River Seine, Paris is divided into two parts – the Right Bank to the North and the smaller South Bank to the South, and is full of great art, historic monuments and quaint cafes and bistros.

The region is at the heart of France, both geographically and historically. And, whilst it’s tempting to just stay in Paris there’s much to see outside the city, with a wealth of beautiful chateaux, cathedrals and forests to explore.

Things to do whilst you’re camping in Île-de-France

Paris may not seem an obvious place to explore with children but the city is actually very kid friendly. The Parisian state parks are full of sleek, new playgrounds and older world pastimes, such as sailing toy boats, riding ponies and enjoying vintage puppet shows. It’s also well worth making a visit to the Jardin d’Acclimation in the Bois de Boulogne park – a 49-acre amusement park and garden built in the 19th century. It hosts zoo animals, an archery range, a miniature golf course, a puppet theatre and shooting galleries. There’s also a miniature train and railway and a lagoon where you can rent boats.

No trip to Paris would be complete without a visit to the Eiffel Tower and, whilst you’re in the area, take a trip to CinéAqua – a state of the art aquarium with more than 9000 fish. For something completely different, take a tour of the Paris sewers at the Musee des Egouts. The sewers truly resemble an underground city, complete with clearly labelled street names! And, if you’re visiting Paris during the summer, check out Paris Plage – a free event that transforms several spots in Paris into full-fledged beaches. You can swim in pools suspended over the Seine, kayak or enjoy an evening concert.

Outside of Paris lies one of the biggest meccas for children in the shape of Disneyland Paris. You’re sure to win some serious brownie points if you take the kids there for a visit! Also well worth a visit is the Forest of Fontainbleau, which was created to protect the royal hunting grounds. Today the birch and oak forests make a perfect place to hike, bike or ride through on horseback, with an abundance of clearly marked trails. You’ll also find the Chateau of Fontainebleau, the old hunting castle for French royalty complete with spectacular gardens. Also in the region is the famous Versailles but, for a quieter experience without the crowds, take a visit to Vaux le Vicomte– a lavish palace with lakes, gardens, grottos, fountains and a canal. There’s a discovery tour for kids and at weekends they can dress up in costumes.

Getting to Paris and Île-de-France

Take the Eurostar from London to Paris and you’ll be in the heart of the city in around two and a half hours. Alternatively you can take your car via the Eurotunnel or take a cheap flight to Paris with a variety of airlines such as EasyJet and British Airways.

Camping Les Etangs Fleuris is situated in the depths of rural countryside but is only 40 miles east of Paris. Even better for kids, it's only a 25 minute drive from Disneyland Paris! After a day in the city or at Disney you can unwind by the pretty swimming pool or enjoy a drink at the bar terrace. The site also has small and tranquil fishing ponds, stocked with trout, tench, perch and carp.

Camping la Croix du Vieux Pont is set in tranquil parkland next door to a stunning chateau. This is a really beautiful site, with two lakes set at its centre for fishing and water sports, plus a small lake with a sandy beach and beach-side bar. There's a fantastic pool complex, complete with an indoor pool with water slides and a lagoon-style outdoor pool. There's a playground for children with trampolines and an indoor facility with activities including bowling, laser quest and a soft play area and a restaurant with early eating times for the children.