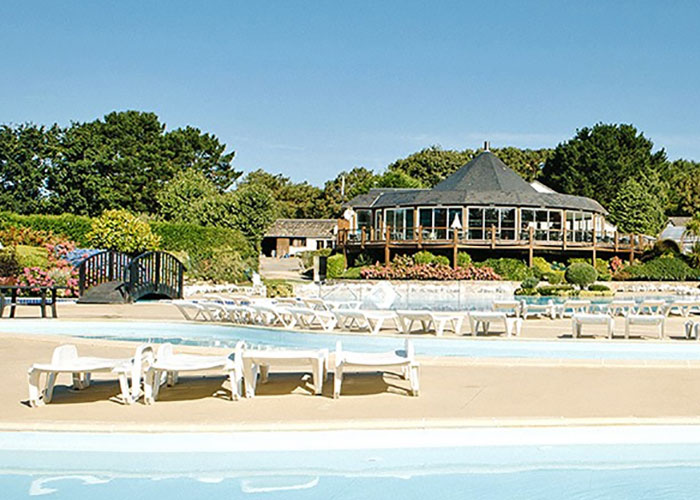 You’ll find Brittany on the North-West corner of France, with a huge 2,800km of coastline. Brittany has an extremely strong cultural identity, but all the vital elements for a fantastic family camping holiday.

The region is made up of four departments: Finistère, Côtes d’Armor, Ille-et-Vilaine and Morbihan. Finistère translates as ‘the end of the Earth’ – an apt name for its location on its westerly surf beaches, spreading down to the easterly Parc Naturel Régional d’Armorique. To the east is Côtes d’Armor, with its Pink Granite Coast. The most easterly region is Ille-et-Vilaine, known as ‘Haute Bretagne’ (High Brittany) – home to Mont St-Michel. And in the South is Morbihan, with its Unesco World Heritage site at Carnac. Whichever region you choose, there’s tons to do and keep a family busy.

Things to do while you’re camping in Brittany

Brittany is an absolute mecca for beach lovers! Straight off the ferry is the Grand Plage at Dinard or, for more seclusion, head west to the Baie de Trépassés on the Atlantic Finistère coast. This is a great surfing beach, with caves under the cliffs and wonderful beachcombing to be had at low tide. Also worth looking at is Sensation Bretagne - a group of 17 coastal resorts which, from mid-July to mid-August, have all sorts of free events for families such as beach clubs, games and films.

Brittany has 840km of Voies Vertes (Green Ways) – paths that follow routes of old railways, towpaths and forest trails that are perfect for cycling along. Also worth checking out is Forêt Adrénaline in both Rennes and Carnac, which offers family-friendly zip wires and tree climbing.

The region also caters well for rainy day attractions. Near Brest you’ll find Océanopolis sea life centre or you could visit the Grand Aquariam in St-Malo. Brittany is also full of quirky one-off gems such as the Wolf Museum and the Scrap Metal Poet - a collection of magical, moving sculptures.

A sure lure for the kids is the Cobac Parc theme park in Lanhelin. And for animal loving children, why not try the Desert Goat Farm near Dol-de-Bretagne or the Zooparc de Trégomeur on the Côtes d’Armor.

Escale St Gilles is a wonderful campsite located directly opposite a sandy beach, with grassy emplacements divided by trees and high hedges. The lively site has a friendly bar and a full entertainment programme through high season, and there are impressive facilities including a pool complex and relaxing wellness centre.

Domaine d'Inly is a beautiful parkland campsite within easy reach of lovely golden beaches and picturesque Breton towns. The main attraction for your kids is bound to be the superb waterpark, complete with water slides for whizzing down! You can hire bikes or go horse riding on site, or learn to fish in the lake. There's even a small farm with friendly animals. There's a bar and restaurant and entertainment during July and August.

On the site of a 16th century chateau, Domaine des Ormes is one of France's finest campsites with five red tents from Michelin. The old watermill has been transformed into the bar, and the coach and stables are the golf club, with the golf course winding its way through the woods. The pool complex has three pools - a water park with slides located beside the fishing lake, and a covered lagoon-style pool with wave pool. You can play tennis, go horse riding or hire bikes and pedaloes to explore the area.

Eurocamp
View campsite
Don't miss out on a discount
Thank you! Your submission has been received!
Oops! Something went wrong while submitting the form.

Camping Conguel is situated just metres from the beach in beautiful open surroundings. Kids will adore the fantastic indoor and outdoor pool complex and the site also organises animation activities during the day for children. You can also enjoy volleyball and boules and there is a sailing club and treetop trail nearby. Horse mad youngsters will also be delighted to find a stables just 500m from the site. There's also a bar, restaurant and takeaway options to keep you fed and watered.

Suncamp Holidays
View retailer
View campsite
View campsite
Don't miss out on a discount
Thank you! Your submission has been received!
Oops! Something went wrong while submitting the form.

Camping de l'Atlàntique is sure to be a hit with the kids as it's home to an amazing water park, with pools and huge water slides! The bar and terrace overlook the water park, so you can keep an eye on the children while you enjoy some refreshments. There's a play area, mini golf and the site is located right next to the beach. In high season the lively bar hosts a variety of entertainment, including karaoke, magic shows and a weekly disco.

Camping Port de Plaisance is situated in the popular resort of Bénodet and is just 1 mile from a beautiful beach. The whole family will love the Aquadrom pool complex - an indoor water park packed with slides and several swimming pools. Other facilities include a bowling alley, a poolside restaurant, a takeaway, a cabaret pub and there's even a treetop adventure course! Tired parents will also appreciate the wellness centre, with spa treatments, a Turkish bath and a sauna.

Campsite Pins is a relaxed campsite on the north coast of Brittany. Surrounded by pine trees, it's only a ten minute walk from a beautiful sandy beach. There's a fantastic pool complex, including water slides, heated swimming pool and children's pool, and onsite facilities include a games room, multi-sports facility and gym, children's club, bar, restaurant and takeaway.

Domaine de Kerlann is set in beautiful surroundings, around 3 miles from a stunning beach. Kids are sure to love the heated indoor pool and the giants splash zone, with cannons providing a soaking from every angle! And adults will appreciate the spa bath and spa treatments on offer. There's also a covered playground and a children's club on offer.

Suncamp Holidays
View retailer
View campsite
View campsite
Don't miss out on a discount
Thank you! Your submission has been received!
Oops! Something went wrong while submitting the form.

Camping Chateau de Galinée is a small, rural campsite which is perfect for families with young children. This attractive wooded site is set in the spacious grounds of a striking chateau, within a five minute drive of the stunning expansive beaches of the Emerald Coast in North Brittany. The site has a great pool complex, complete with indoor and outdoor pools, children's pool, water slides and a jacuzzi. Away from the water there's a play area, bouncy castle, mini farm and tennis courts to enjoy. There's a lovely bar and restaurant and during high season there's fantastic entertainment including theme nights and concerts.

Looking out on spectacular sea views, Camping le Châtelet is a small site set amongst fragrant flowers and grassy emplacements. There is a swimming pool with separate children's pool and a small lake set in the centre of the park. Steps from the site lead down to Plage de la Pissotte, which is ideal for swimming and rock pooling. The spacious bar is the venue for entertainment in high season, which includes live music and quizzes.

Set in the parkland grounds of a Breton manor house, Camping la Grande Métairie campsite has spacious emplacements surrounded by mature trees. The fabulous pool complex has a covered pool, two outdoor pools, five water slides and a jacuzzi. There's even a treetop adventure course on site and an adjacent mini farm with friendly animals. During high season there's evening entertainment including discos and live music shows. The closest beach to the site is Men-Du, which has a small island that can be reached at low tide.